The Story of Luna Sea ESB

The Story of Dark Side Vanilla Porter 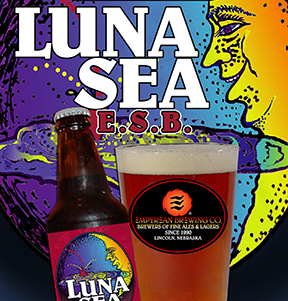 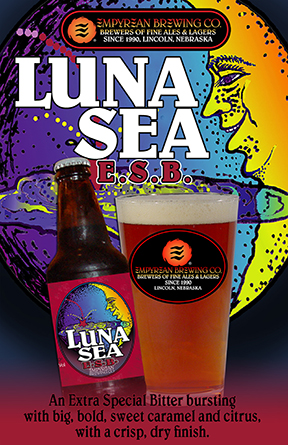 Head brewer Rich Chapin developed a taste for Fuller’s ESB in the late 70’s and dreamed of brewing his own version. Fuller’s (one of the last privately held breweries in the UK) invented the style in the late 1960’s.

While Chapin’s recipe for our Extra Special Bitter has changed very little, it has been renamed several times over the years. The original version served on opening day of Lazlo’s Brewery & Grill was called Reckless Rod’s Amber after one of the brewery’s owners. Six years later, when we began branding Lazlo’s beer under Empyrean Brewing Co., we renamed the beer LunaSea Amber. It wasn’t until 1999 that it took the name we still use today, Luna Sea ESB.

The name Luna Sea was inspired by Galileo’s early work studying the moon – he originally believed the dark spots seen on the moon to be bodies of water, or lunar seas – an idea we now know to be quite insane…or lunacy (pun intended).

Luna Sea ESB is all about a harmony of flavor between high-quality English malts which provide a bready, caramel and fruit character with the contrast of American hops which contribute just enough crisp, cedar and citrus character to balance it out.